The ASG Superconductors group of companies has recently undergone re-organization to incorporate all elements of our activity into a single structure. The aim is to bring together the capabilities within the three units to secure and improve our position as a world-class Italian company, already a worldwide leader in the production of magnets both for scientific research and for the industrial sector and to develop more effectively the magnesium diboride (MgB2) wire and MRI businesses. Competence, knowledge and the ability to work with cutting edge technologies and hi-tech materials remain at the core of our organization. Managers, technicians and all the people who work for ASG Superconductors renew every day their commitment to increase our technological capabilities and productivity, collaborating worldwide with the main scientific research institutes and with the sector's market leaders.

Improving everyday life and creating real value for the world of research and industry by designing and developing magnets, applications and innovative superconducting systems.

Since the beginning of our history we have been working at the technological frontier in the field of superconductivity.

Cooperation with research institutes and industries aimed at solving scientific and technological challenges is deep within our DNA, along with well-established industrial processes to ensure compliance with customers' needs with regard to time, costs and technical sustainability.

We have contributed to the achievement of important goals in scientific research, such as the discovery of the Higgs Boson - ASG has provided magnets for the Large Hadron Collider at CERN - and to the progress of studies in the nuclear fusion sector cooperating with the most important projects in the world like ITER and JT-60SA.

We believe that our challenge for the future is to continue supporting research activity worldwide with magnets and systems providing the technological advantages of superconductivity and at the same time extending its numerous applications to the industrial world and to everyday life. This is why we work every day to innovate services and processes in the energy and medical sectors, through the study and development of new superconducting magnets, high temperature superconducting wires and innovative materials like MgB2. 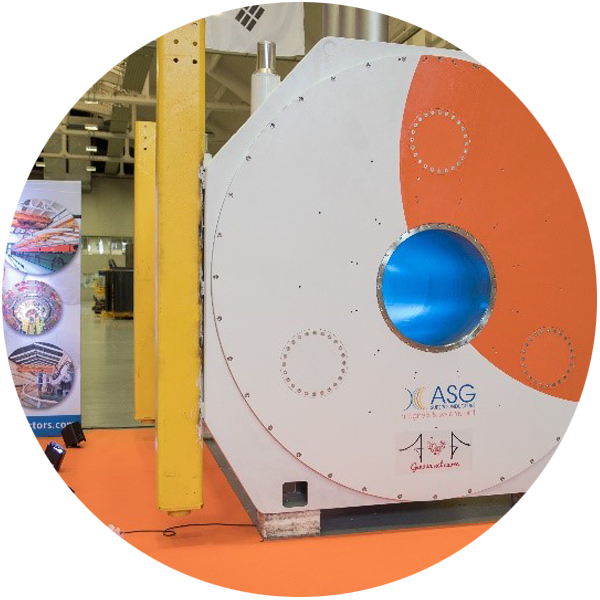 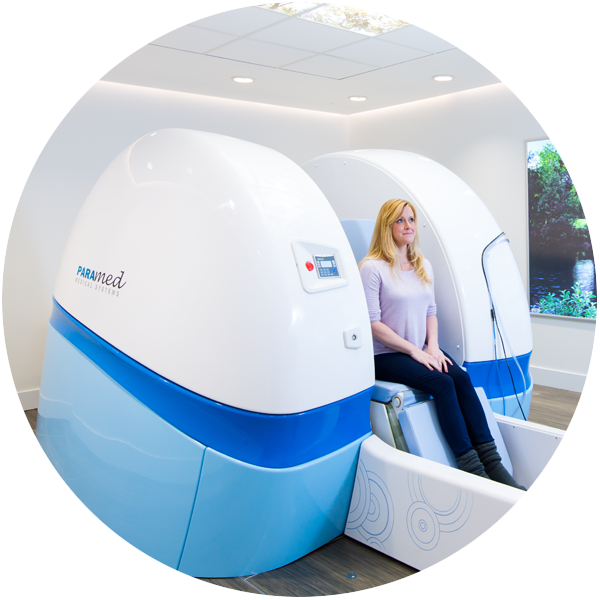 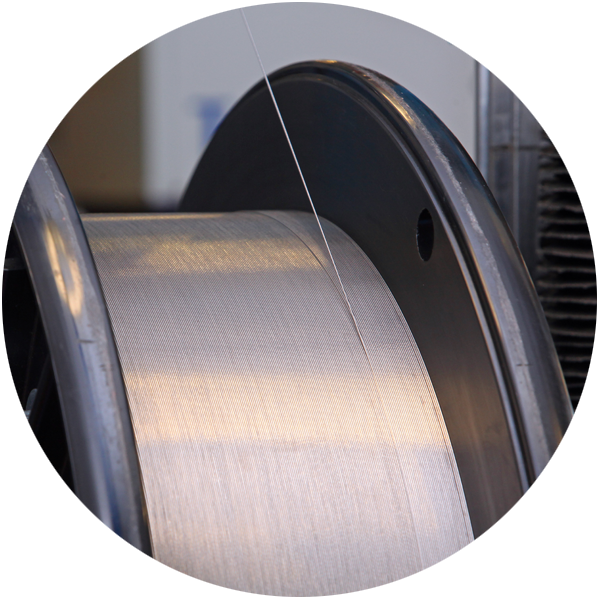 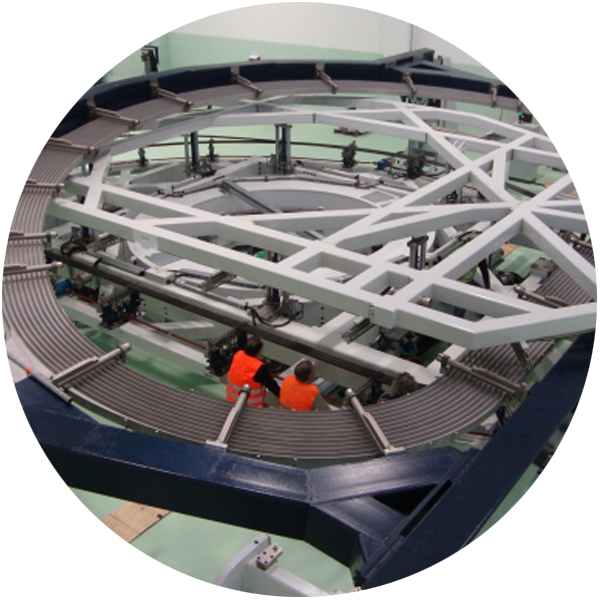 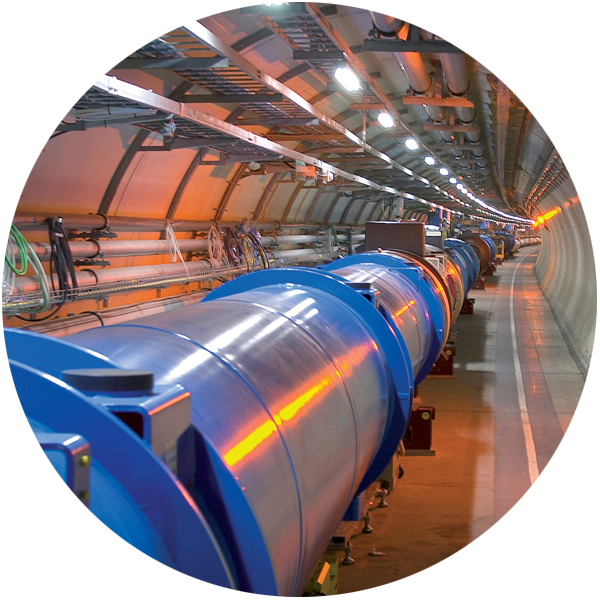 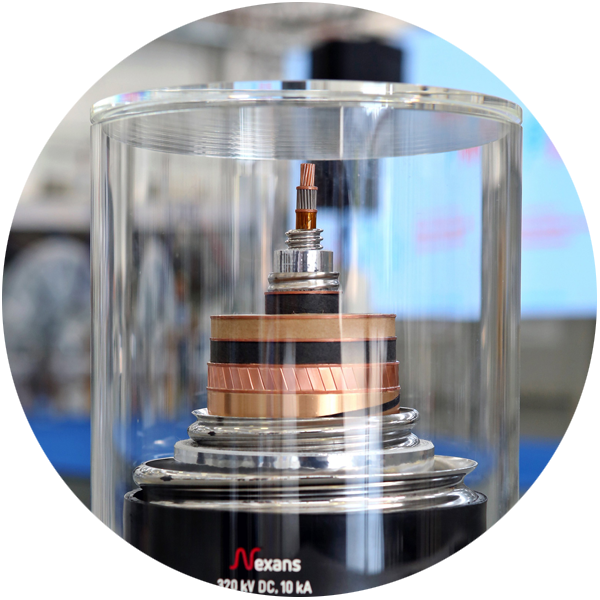 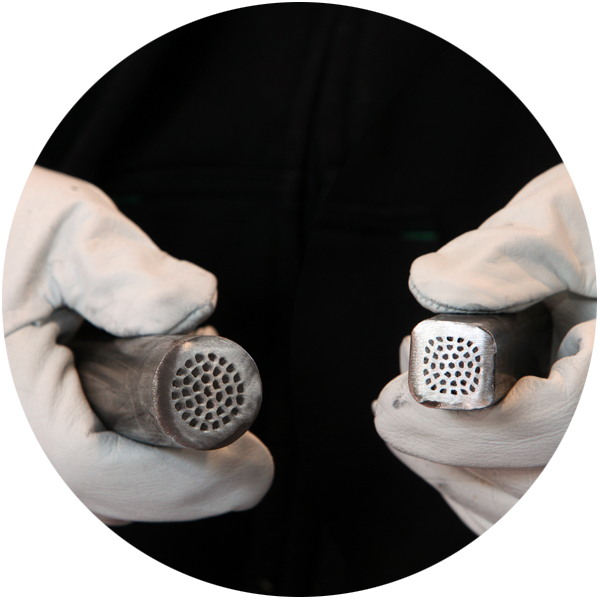 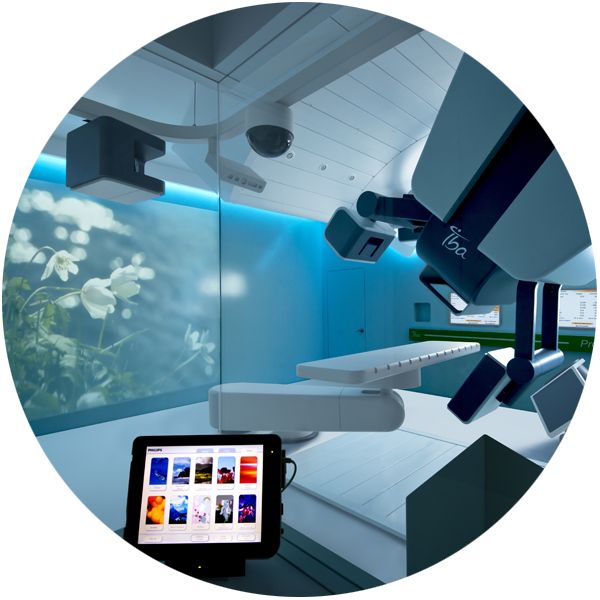 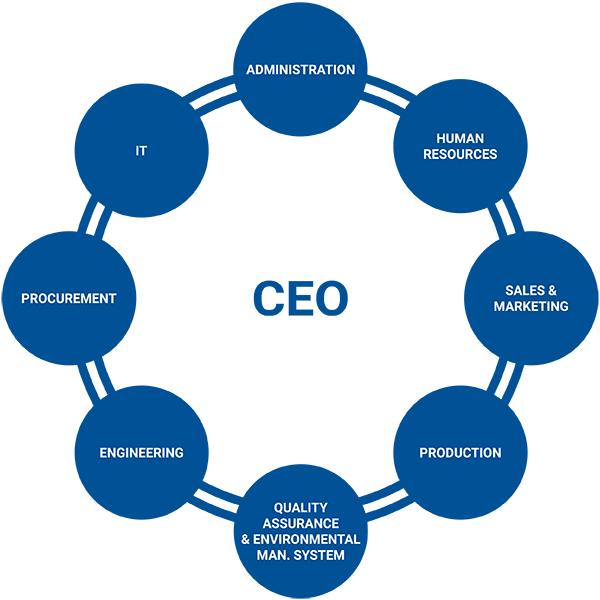 Integrity, transparency, respect for people and long term sustainability are the founding principles of ASG's Corporate Governance, aspiring to excellence through continuous investment at the forefront of technology. Hofima spa and Luleo SA (Malacalza Family holdings) are the ASG Shareholders since 2001. 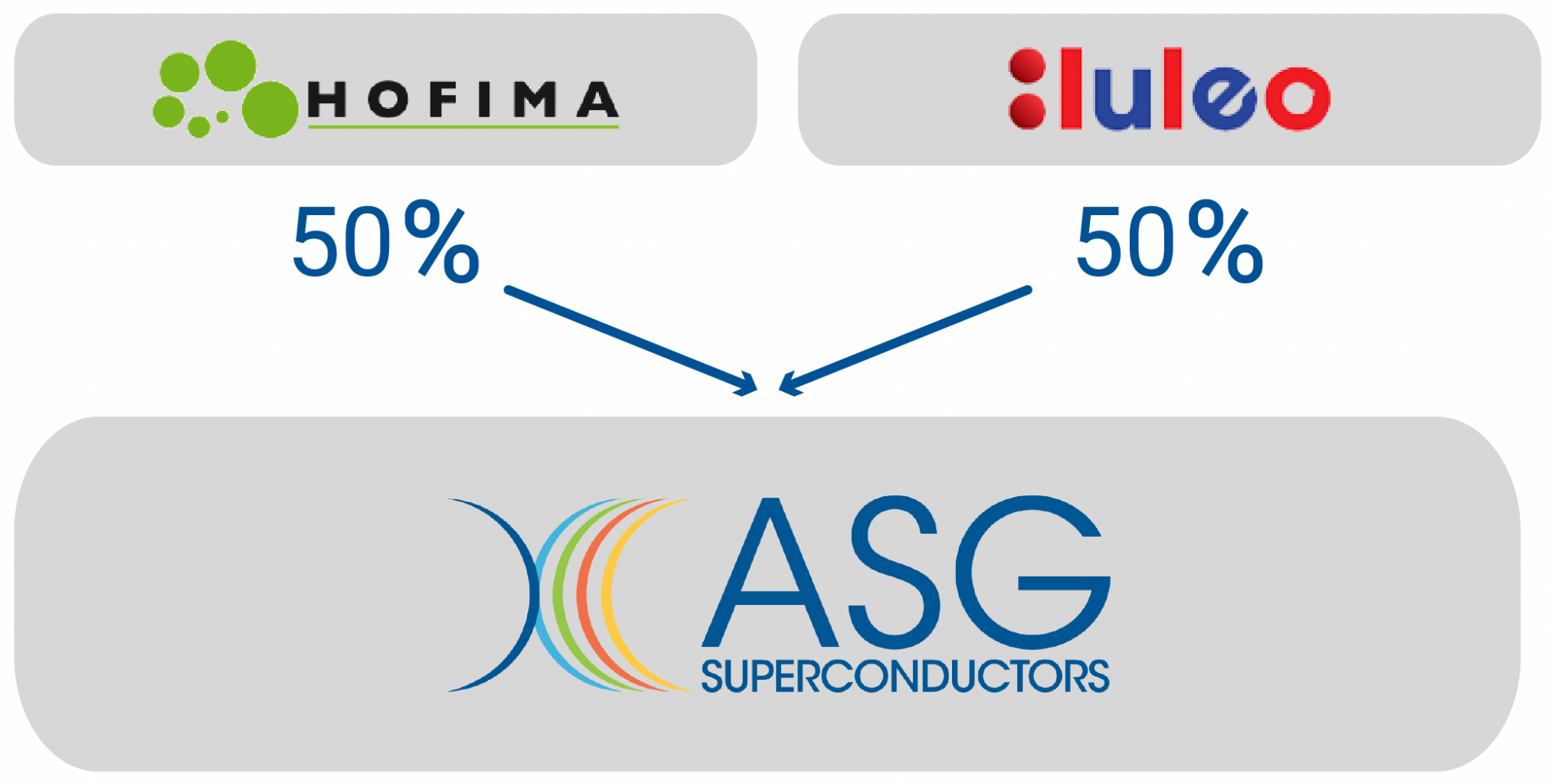 The management and organization of ASG Superconductors as of today: 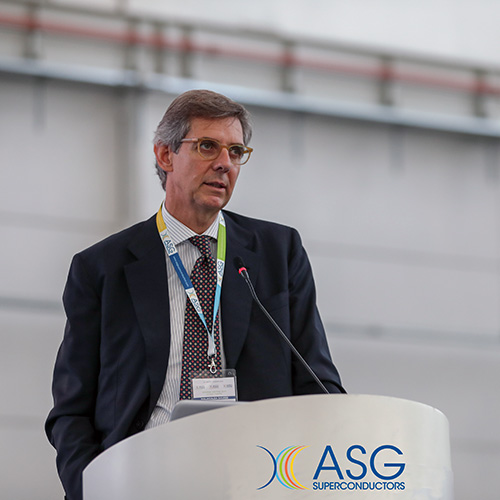 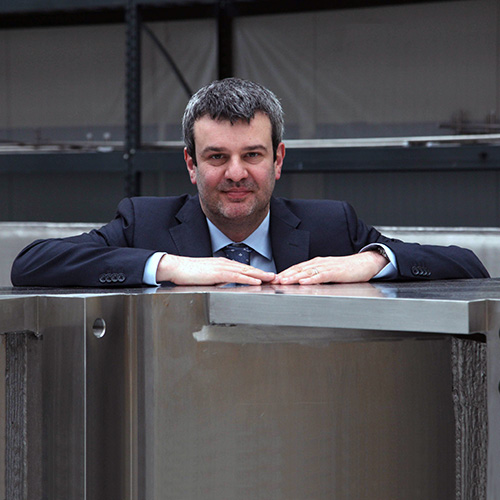 Over the years the company has furthermore developed expertise in the development of industrial, energy and med-tech applications with cost effective approach. 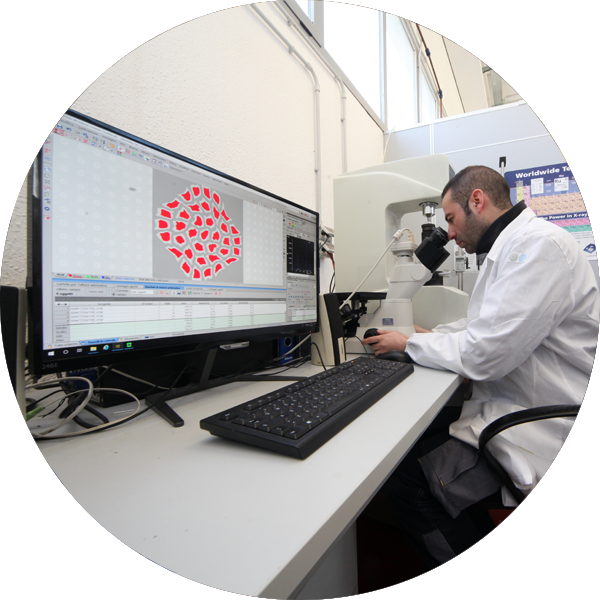 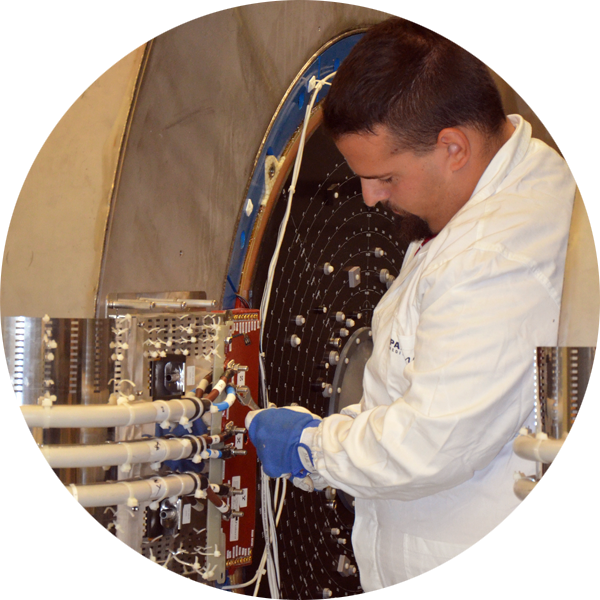 Research, nuclear fusion, particle physics, magnets and industrial systems for energy, power quality and med tech: we work every day with the main scientific research institutes and with the sector's market leaders. In this page you can find our ongoing projects worldwide. Stay tuned!

Go to projects and research ongoing for: 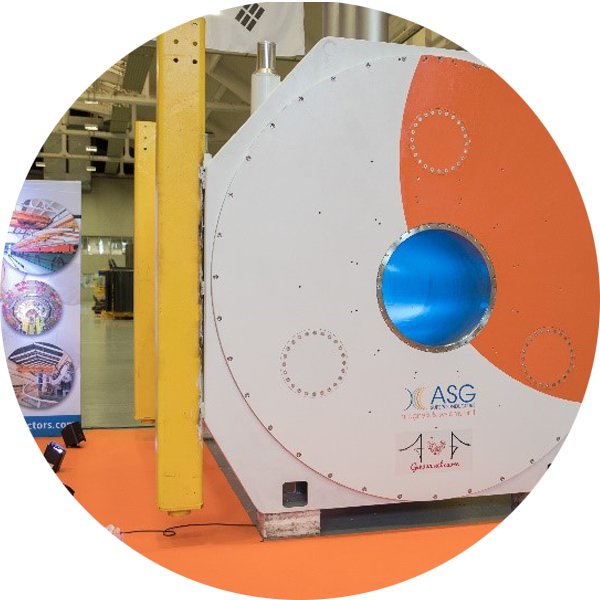 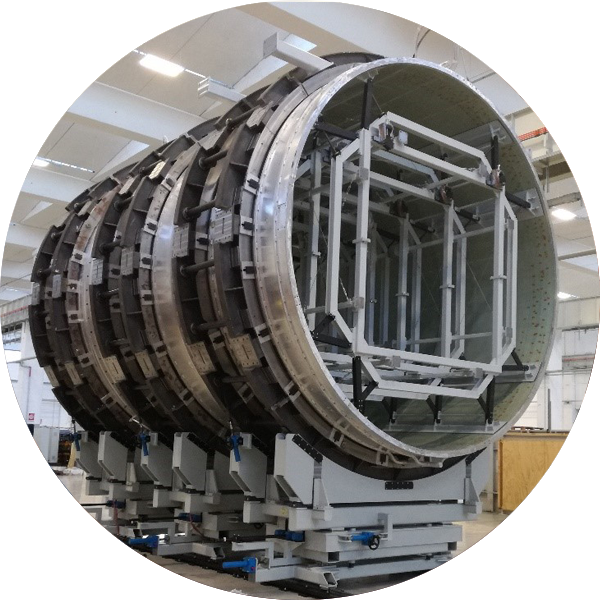 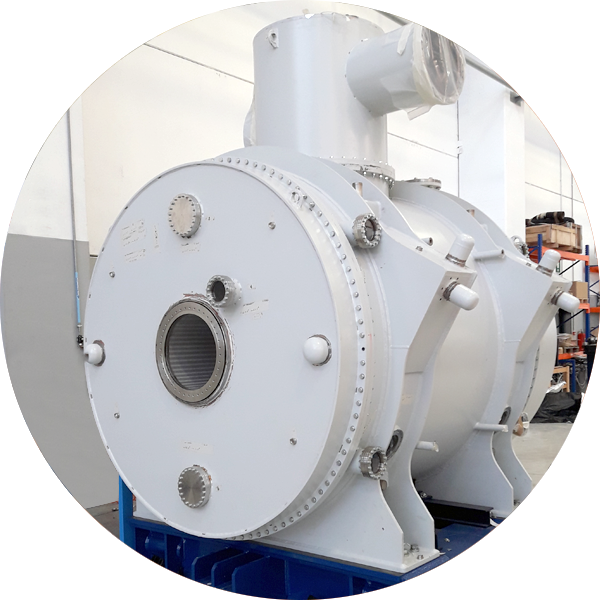 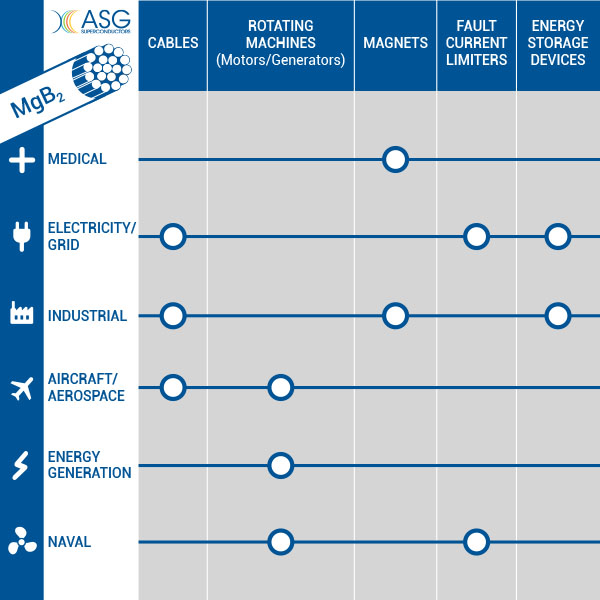 OUR STRATEGY FOR GROWTH

Knowing all aspects including secrets of a superconducting material of recent discovery as MgB2 is the result of many years of intense R&D effort. We have been the first to implement the cryogen-free MgB2 wire technology in the medical and energy sectors with commercial devices.

More than ten years of continuous operation to date of our first installation shows that our MgB2 technology is not coming as a compromise in quality. Having now teamed-up the full value chain of a superconducting system is the best guarantee for the end user that the product will perform as expected in all its parts. We are fully dedicated in making the next generation of MgB2-based superconducting systems available to our present and future customers, with up-to-date wire and liquid helium-free cooling technologies. 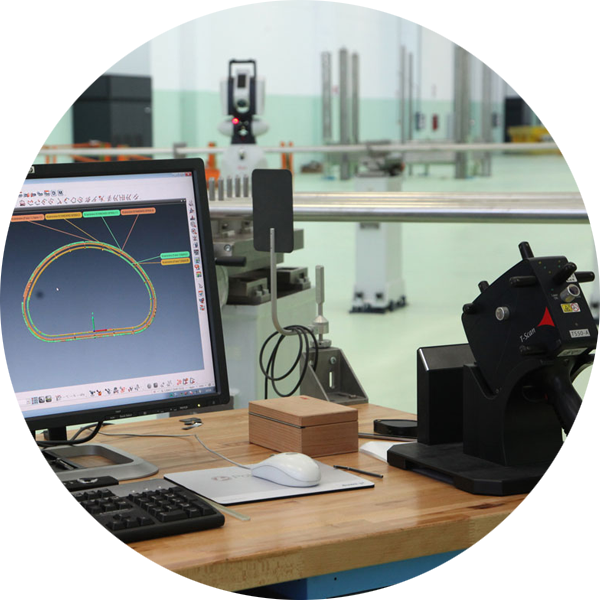 Quality, security, respect of environment and corporate social responsibility are part of the most relevant duties of ASG Superconductors' policy and involve every aspect of the company's activities. ASG Superconductors invests constantly to maintain the highest standard of services and production quality with professional training and re-qualification of its employees.

The ASG Headquarters where managers, physicists, engineers and production technicians work side by side, is located in Genoa (north west Italy) near both the city's port and airport. The factory is divided into four bays covering a total surface area of 15,000 sq m. A specific bay is dedicated to MRI systems production and test. Recently the production area was totally refurbished in a project that also involved the extension of the Clean Area (controlled temperature and humidity areas complying with specific environment and air cleaning procedures), which now occupies 3,000 sq m.


In 2010, after winning the international contract to build 10 superconducting coils for the ITER project, ASG began work on a new production facility in La Spezia, also in Liguria and close to the port. The new ASG Superconductors production facility contains four bays, covers a total surface area of 25,000 sq m and also has a clean area which covers 4,600 sq m and meets ISO Class 8 standards.


Another production facility - the ASG Superconductors Columbus MgB2 Unit - is located in Genoa - San Desiderio where the company manufactures superconducting wires using the so-called Powder in Tube (P.I.T) ex-situ process, which is a very effective way of producing uniform, strong, long-length conductors. The wire manufacturing facility consists of 2 buildings. One is dedicated to the chemical synthesis of the superconducting magnesium diboride compound and to laboratories equipped with instrumentation for the Quality Control and R&D activities. The other building is fully dedicated to wire production. The entire production process is managed using state-of-the-art process control techniques involving both skilled engineers and modern technology. 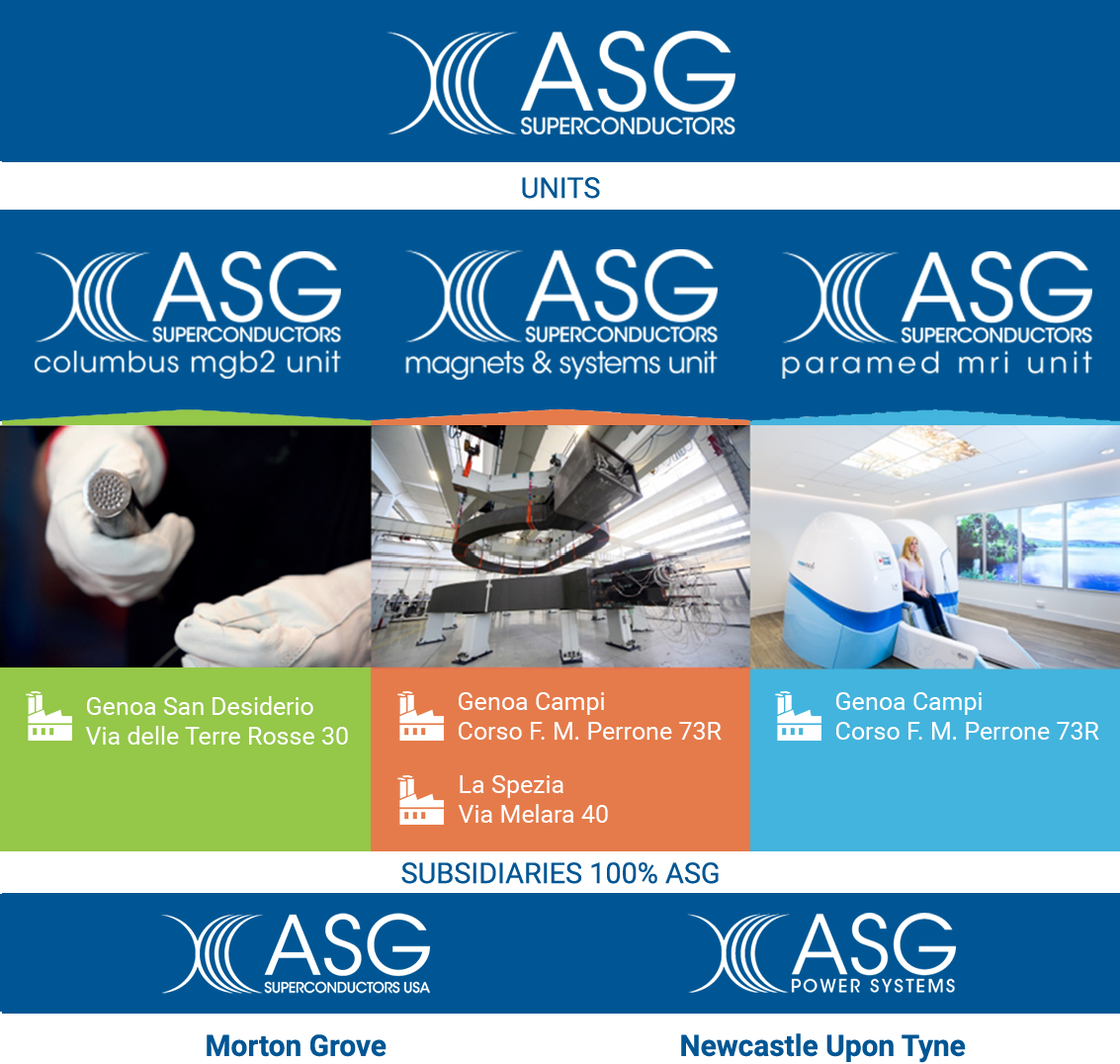 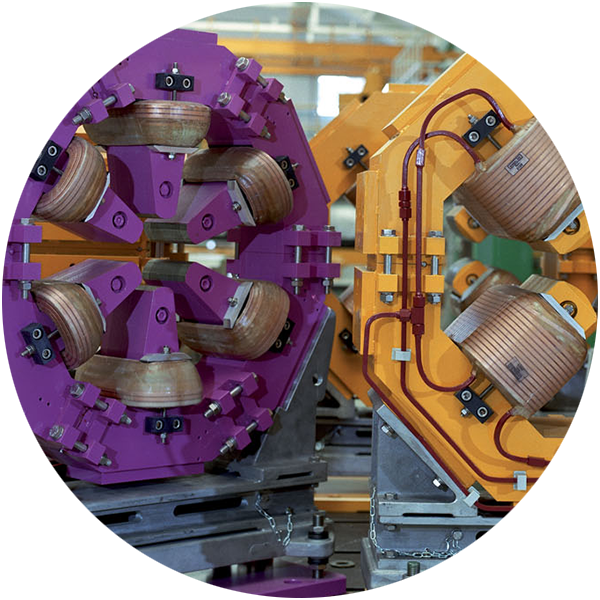 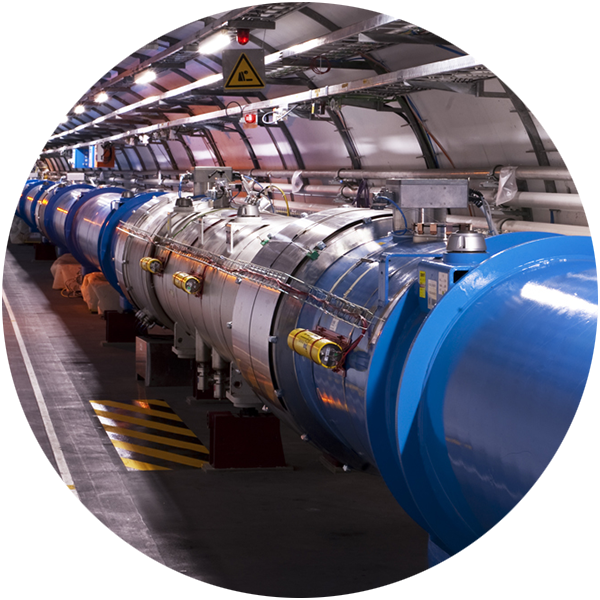 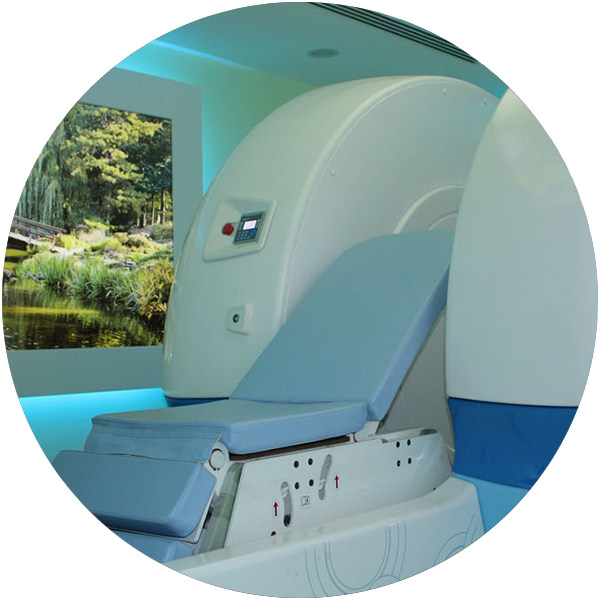 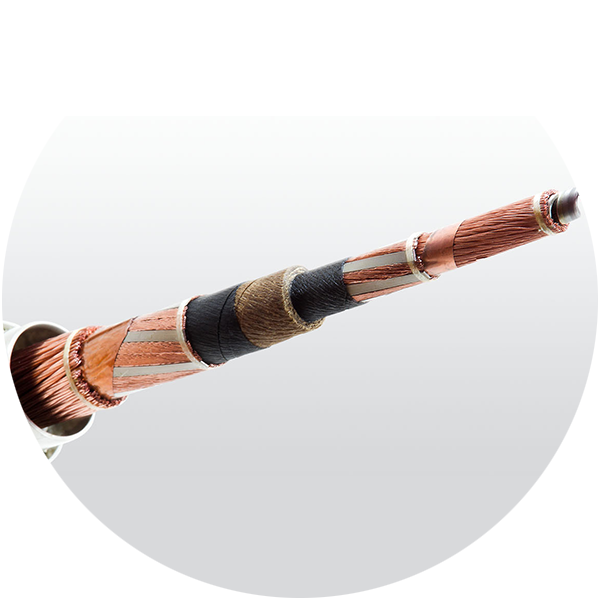 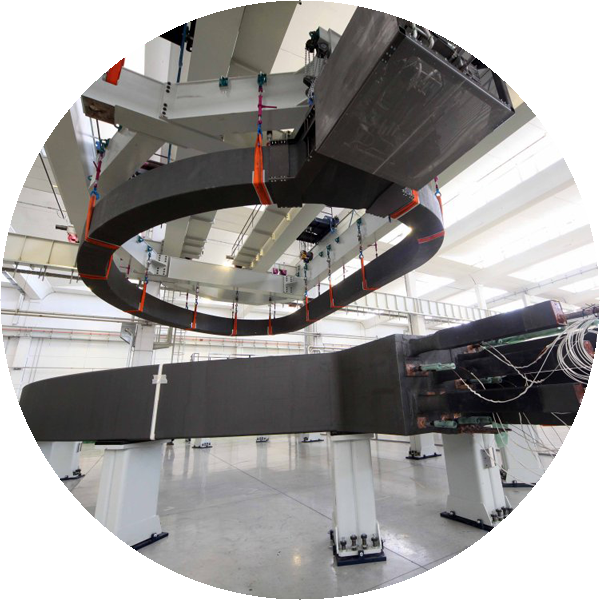 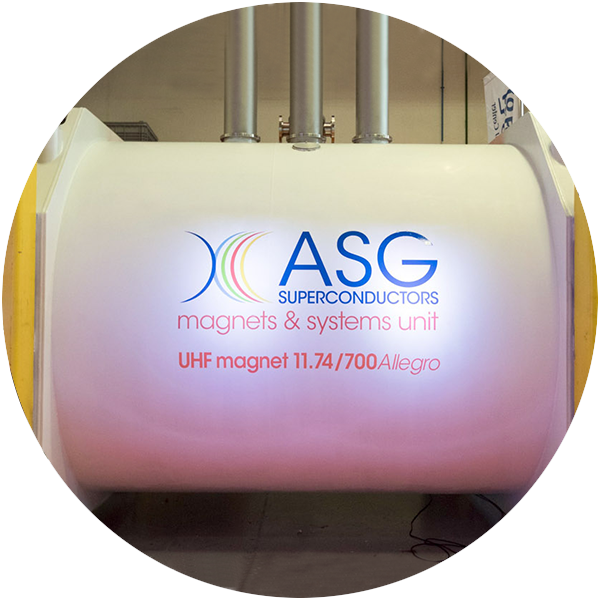 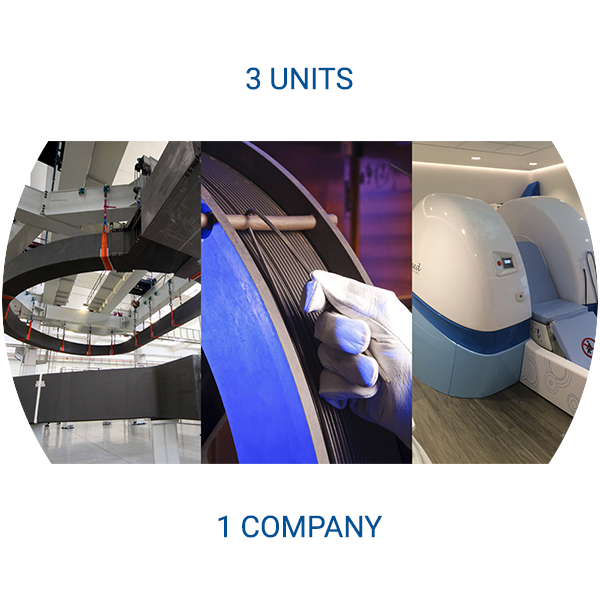 With more than 60 years at the frontier of technology liaising everyday with research centres and the hi-tech industrial scenario including electro-synchrotron, superconductivity and high-energy physics. ASG Superconductors was born in 2001 from a tradition of scientific excellence in Ansaldo and today is a renowned world leader for its capabilities in the design, construction and testing of magnets for research and superconducting magnetic systems for the medical and energy sectors.

Strategies for sourcing, negotiation of framework agreement and orders, acquiring goods, raw materials and services; from scouting to the development of new suppliers, all strictly linked to our business and manufacturing activities to extract the best value from the supply chain.

Fill the form to request the qualification documents. 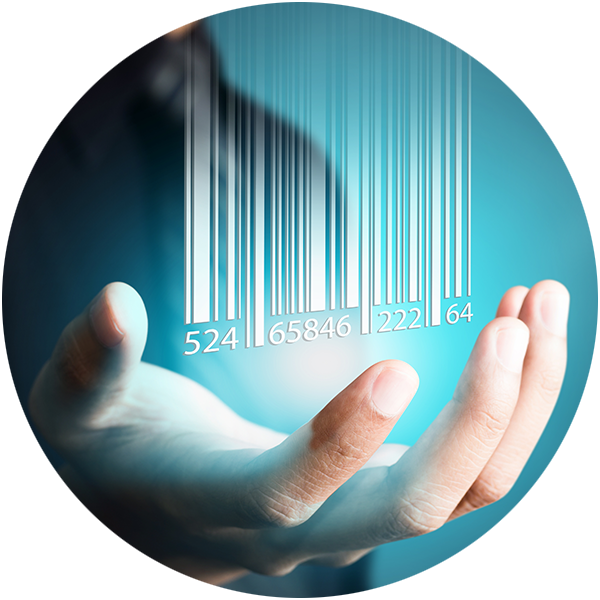 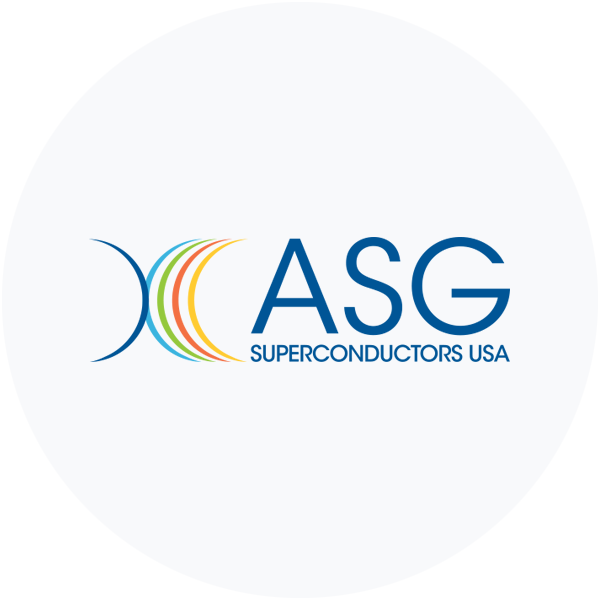 To discover more about MROpen and the cryogen-free superconductive MRI systems:

ASG Power Systems Ltd has been active in the UK since 2014 in the design and production of fault current limiters for the protection and stabilization of electrical grids.
The Company designs and manufactures cryogen-free or liquid helium-cooled magnetic systems for Fault Current Limiters (FCL and SFCL), Our FCLs can use both superconducting (LTC, MgB2, BSSCO) and standard technologies, depending on the specific needs of the grid or client. 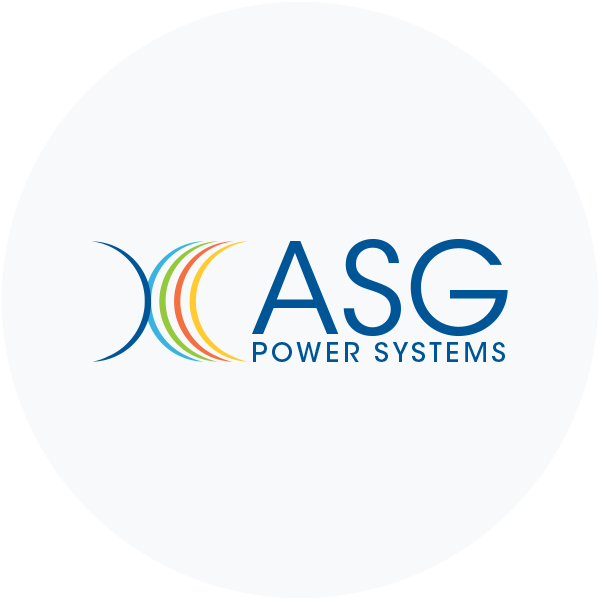