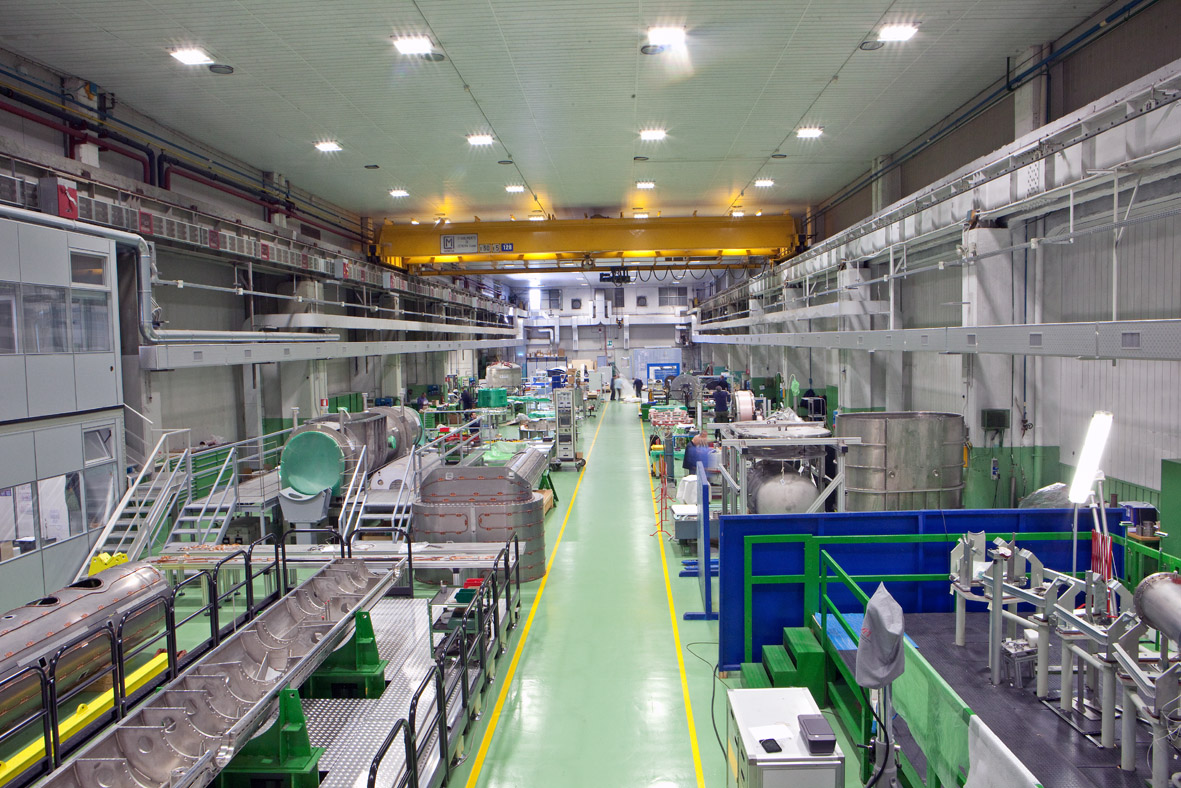 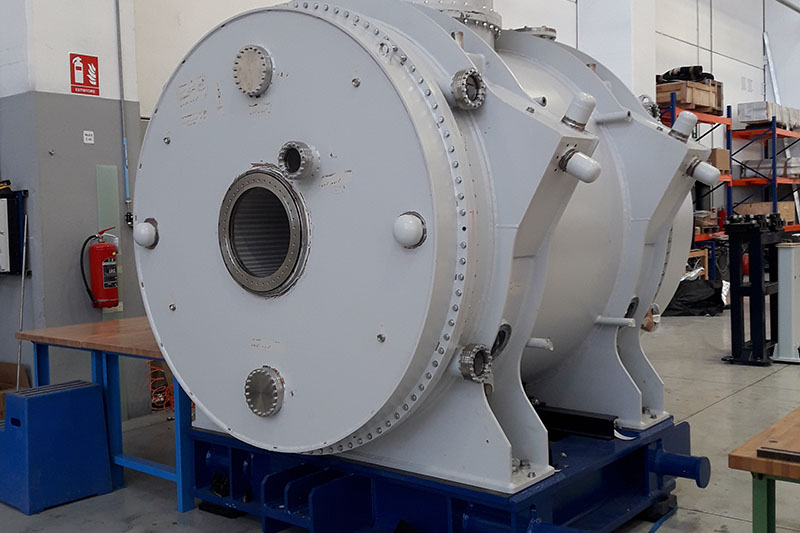 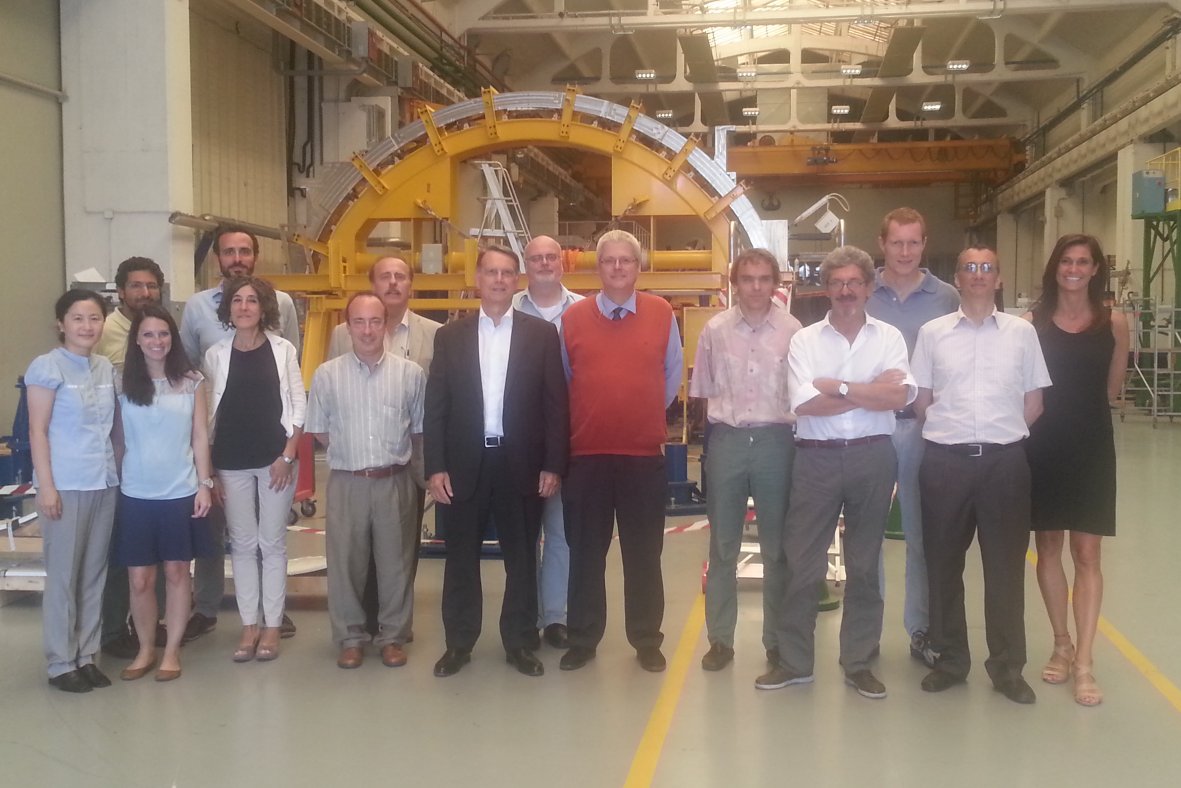 After the magnets for CERN and those being built for the ITER project the company owned by the Malacalza family will build 33 superconducting multiplets, worth EUR 50 million, for the Super Fragment Separator experiment, which forms part of the FAIR project to study fundamental research questions like the structure and properties of atomic nuclei with extreme neutron excess or deficiency.

Genoa, July 30, 2015 - ASG Superconductors, the hi-tech and superconductivity sector company owned by the Malacalza family, has been awarded a new contract by the German research facility GSI (Gesellshaft fuer SchwerIonenforshung-GSI Helmholtz Center for Heavy Ion Research) in the framework of the FAIR project, following an international invitation to tender. The order, worth over EUR 50 million, is for the construction of 33 superconducting multiplets consisting of different magnet configurations to deviate (dipolar magnets) and focus (quadrupole, sextupole and octupole magnets) the trajectory of the particles that pass through them. These are highly complex devices that require special design and production skills. The magnets will have to operate for many years at a temperature of -269°C (required for them to have superconducting properties or zero resistance to the transmission of an electric current), with geometrical precision and operating accuracy measured in fractions of a millimeter and millionths of a tesla. The FAIR project involves the construction of a total of about ten accelerators and detectors. The magnets produced by ASG will be used for the Nustar experiment, in which a beam of high energy particles is made to collide with a fixed target. The fragments produced in the collision (subatomic particles and heavy ions) will then be studied by researchers, using the data collected by various experimental station and detectors, like e.g. the R3B Glad detector, also built by ASG, which will measure and record their physical parameters. Within the FAIR Project, the collaboration NUSTAR ( NUclear STructure, Astrophysics, and Reactions) is focused on the study of exotic nuclei, through a high resolution spectrometer and the relevant beam line- the Super-FRS(SUPERconducting FRagment Separator) which is used in connection with the above mentioned R3B detector. ASG’s satisfaction at winning the order is compounded by the fact that its technical and industrial expertise has been recognized and rewarded by a center of excellence based in Darmstadt, Germany like GSI. For the Italian company, this is the fourth major international order in five years and its successful bid for the project put out to international tender by GSI follows on from the 2010 order for ITER toroidal coils, the 2012 order for JT60SA magnets in Japan and the 2013 order for ITER poloidal coils. Over the years, ASG has built superconducting magnets for all the world’s leading research projects: the Tore Supra reactor, the FTU reactor for ENEA and the magnets both for the Large Hadron Collider (LHC) at CERN in Geneva and for the CMS and ATLAS detectors, which contributed to the discovery of the Higgs boson in 2012. This expertise in research-related projects has been supported in recent years by an industrial development process and in new products like the magnesium diboride (MgB2) superconducting cable produced by Columbus Superconductors and the “anti-claustrophobia” magnetic resonance units developed by Paramed. This is in line with the company’s strategy of building a range of industrial products, with the capacity to translate the needs of the research world into practice and to offer the robustness and quality standards typical of scientific research in the area of energy and healthcare.