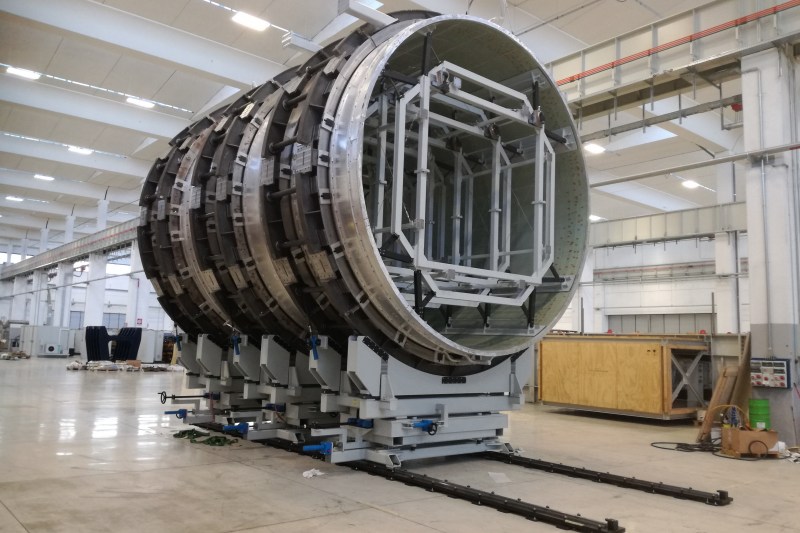 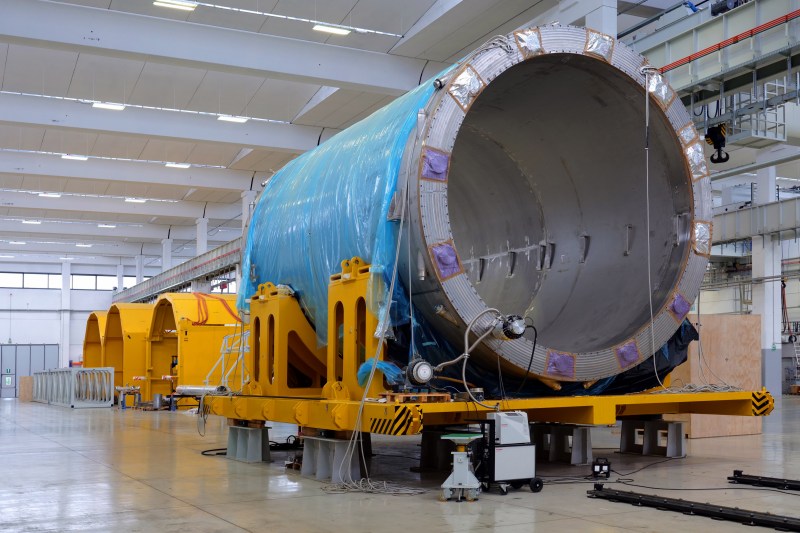 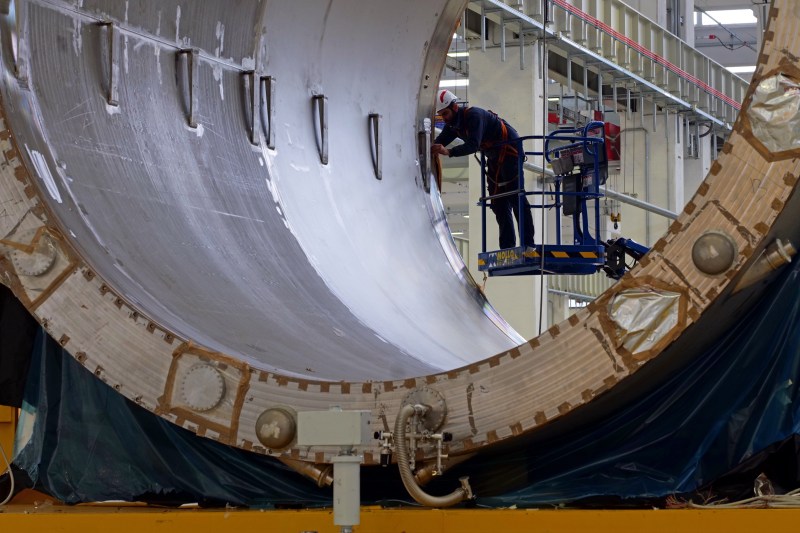 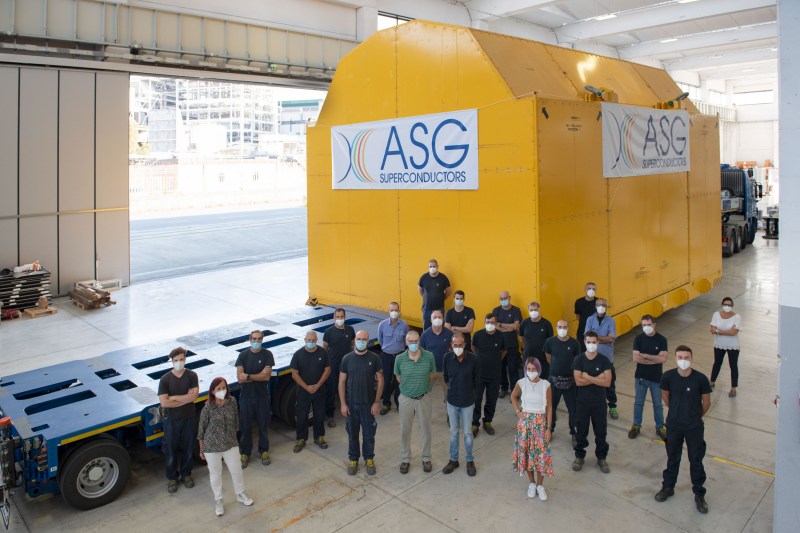 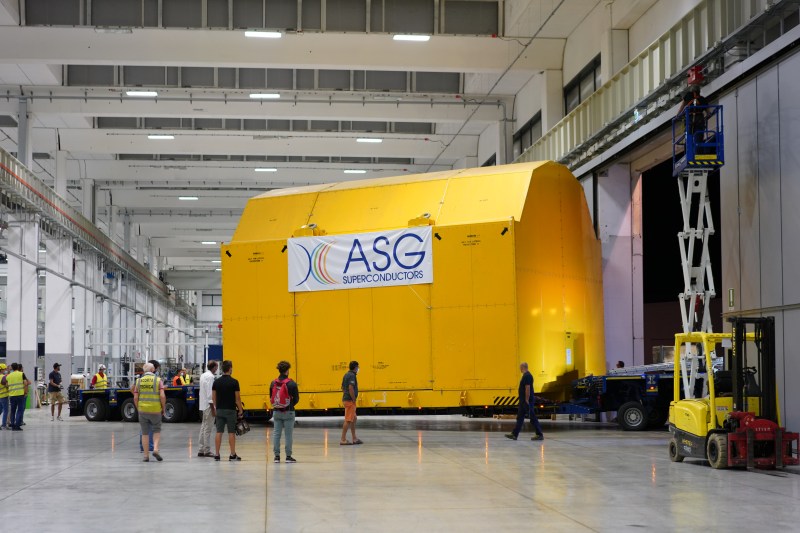 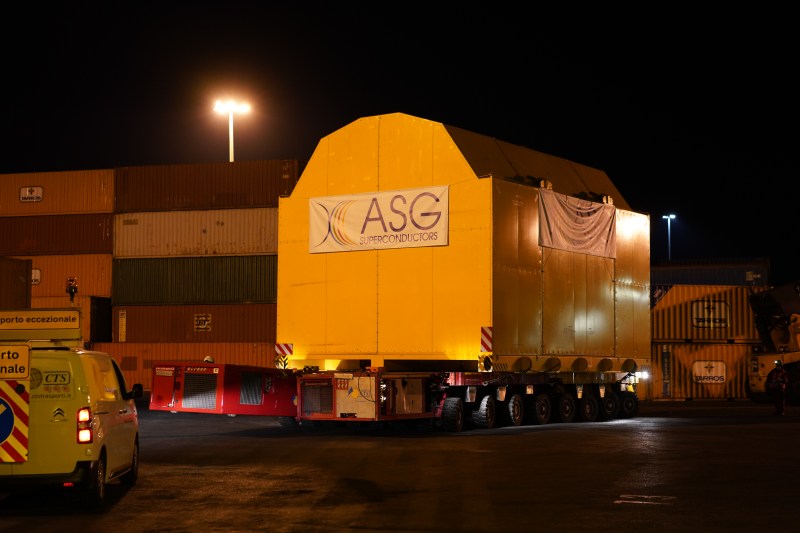 A new sophisticated large magnet (8 meters in length by 5.8 in diameter) successfully designed and manufactured by ASG Superconductors.

It will be installed in Russia, in Dubna, in the Joint Institute for Nuclear Research (JINR) international research center for research in the field of high energy physics - at Nica (Nuclotron-based Ion Collider fAсility).

Shipping by sea is the last step in a process full of technological and production challenges.

La Spezia 18th September 2020 - A new and sophisticated magnetic system came out of the production lines of the ASG Superconductors plant in La Spezia during the night to reach the port. It is a maxi magnet conceived, designed and produced to be used as a "detector" in the Russian research center JINR in Dubna. Its realization follows a contract acquired by the company in 2016.

The production of the magnet, which began in 2017, ended this year with the test phase, thanks to the continuous activity of the plant in full compliance with all safety procedures, even during the Covid-19 era. After the inspection phase, the huge artifact, which weighs 80 tons, and is protected by a massive 30-ton structure, is now ready to sail following a route that passes through the routes of northern Europe to reach the harbor of San Petersburg, in the Baltic Sea. Here, after customs procedures, it will be transferred to another ship and by river, within a few weeks, it will reach the destination city of Dubna.

In technical detail, the Multi Purpose Detector Magnet MPD is a single solenoid 8 meters long with a diameter of over 5.8 meters. It is one of the largest magnets produced by ASG in the La Spezia plant, where also the ITER magnets for nuclear fusion are under construction.

This MPD magnet (see picture below) which will be used at the Nica (Nuclotron-based Ion Collider fAсility) to study the collision of hadrons, electrons and protons in the collider, is the result of the collaboration of technicians, physicists, engineers and employees of the production lines of ASG that have shared different professional skills. Its production required the solution of significant technological challenges related not only to dimensions, but also to compliance with very tight tolerances and the coupling of materials. The different production phases of the magnet required particular skills - ranging from the calculation of magnetic forces to cryogenic and structural calculations up to the creation of dedicated equipment - which converge in the technological heritage of the company which, for over 60 years, has been supplying magnets for the main centers and research projects worldwide.

The supply of the Multi Purpose Detector magnet produced for the JINR laboratory also includes the auxiliary power supply, cryogenic and control systems which, together and in accordance with the customer's specifications, are necessary to keep all safety parameters under control and to correct operation and functioning according to the requests from the technical specifications.

The superconducting magnet will operate at a temperature of about 4 K, 4 degrees centigrade above absolute zero (-273 ° C) and specifically it is a multifunctional detector that will be used to detect traces of charged nuclear particles in space that will be the result of collisions of heavy ions that will take place inside. These particles will be identified thanks to a high performance system based on calorimeters and time-of-flight measurements. A magnet with similar functionality has already been produced by ASG Superconductors for CERN in Geneva and contributed to the discovery, among the various researches carried out, of the Higgs boson in 2012.