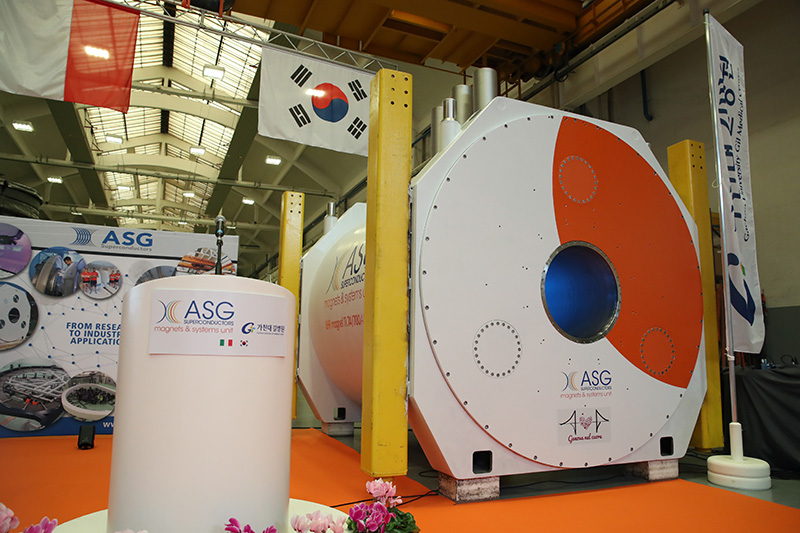 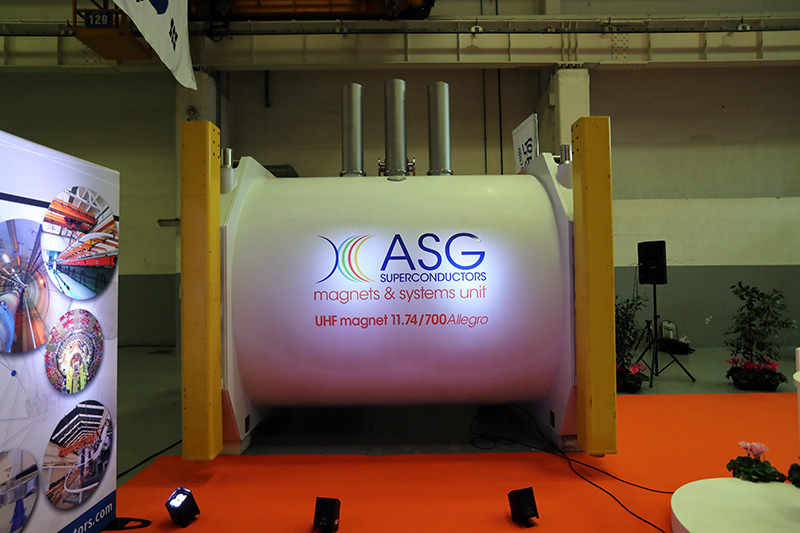 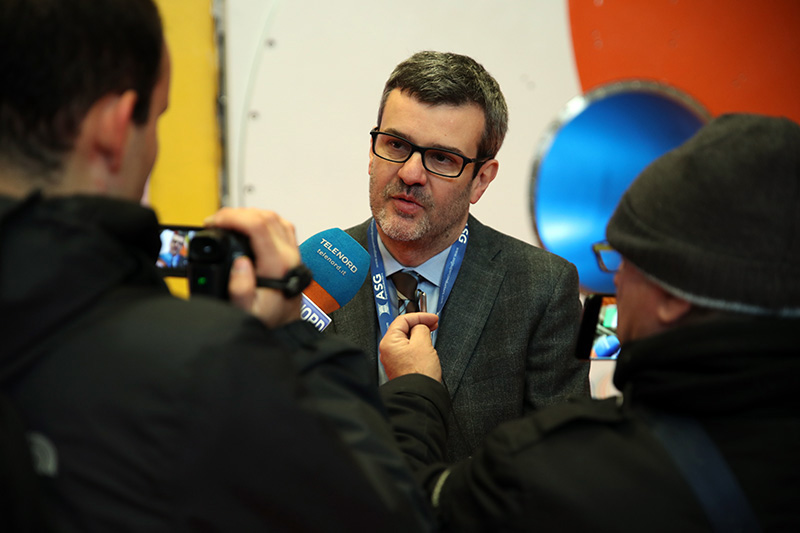 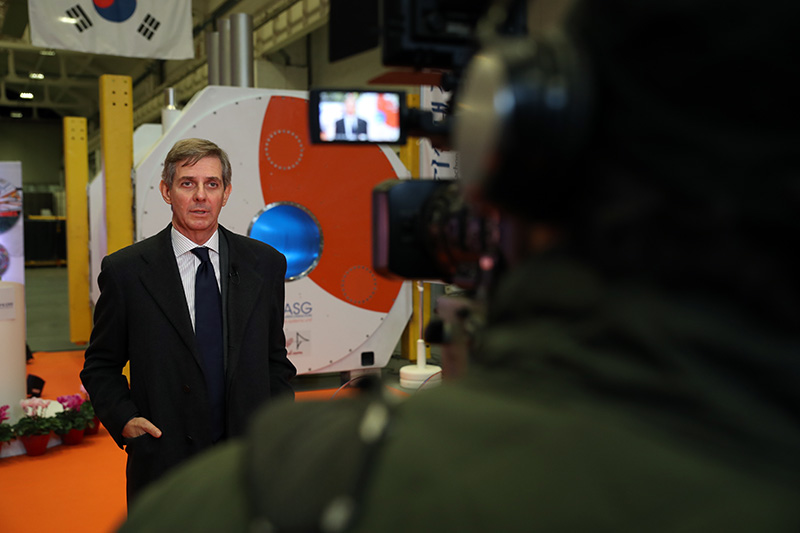 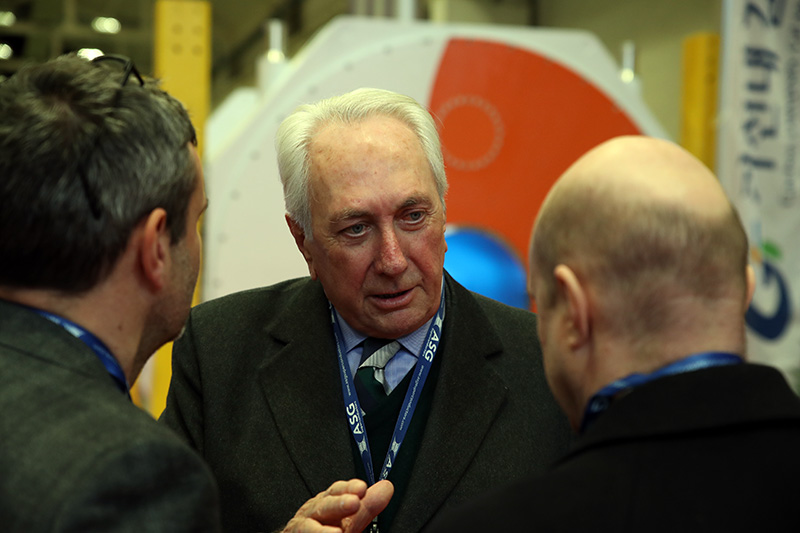 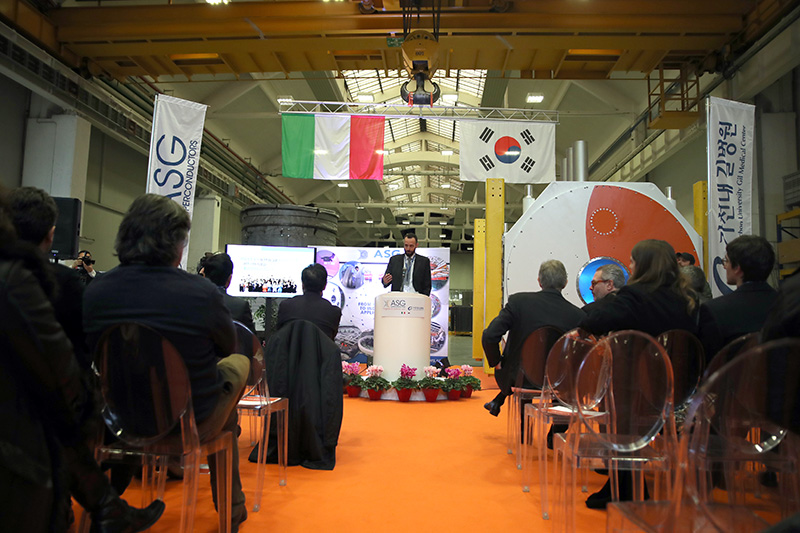 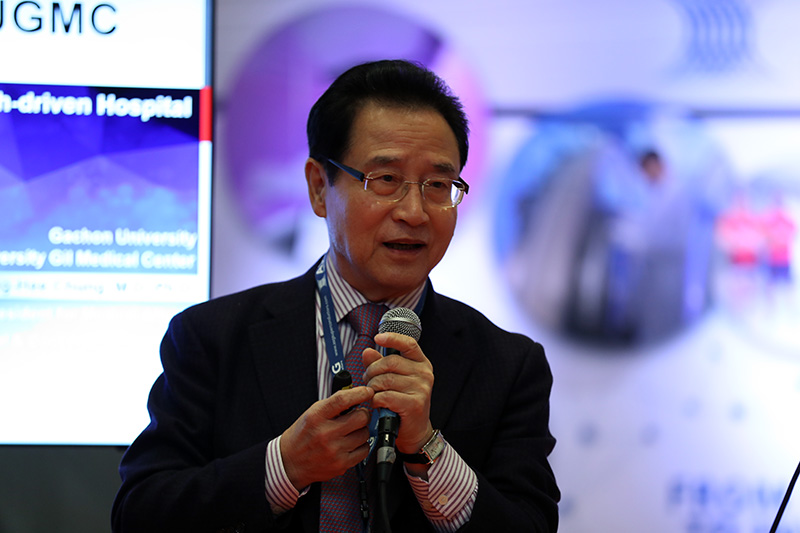 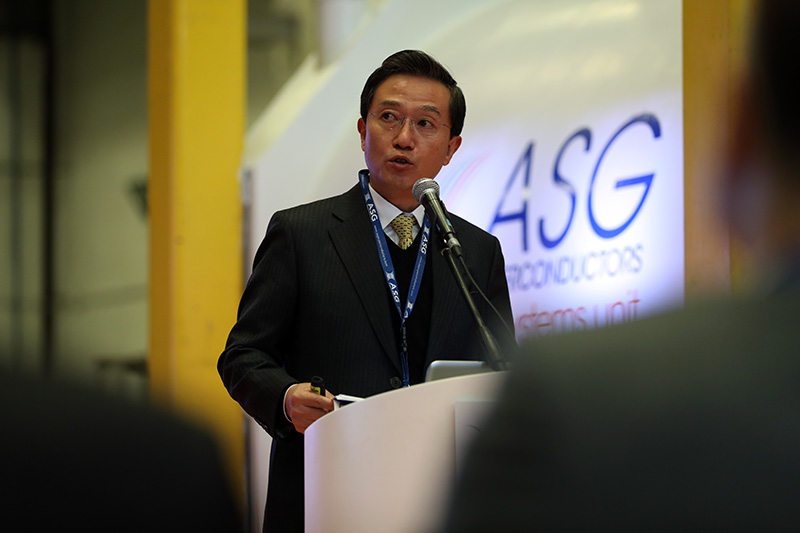 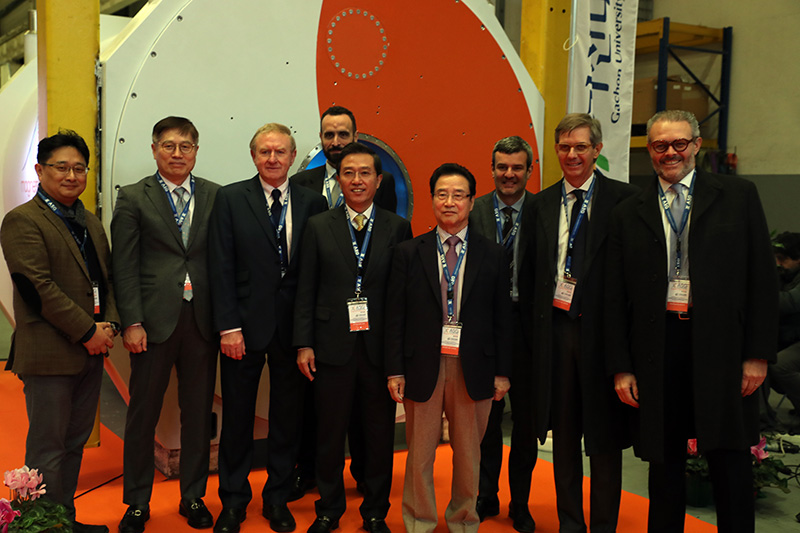 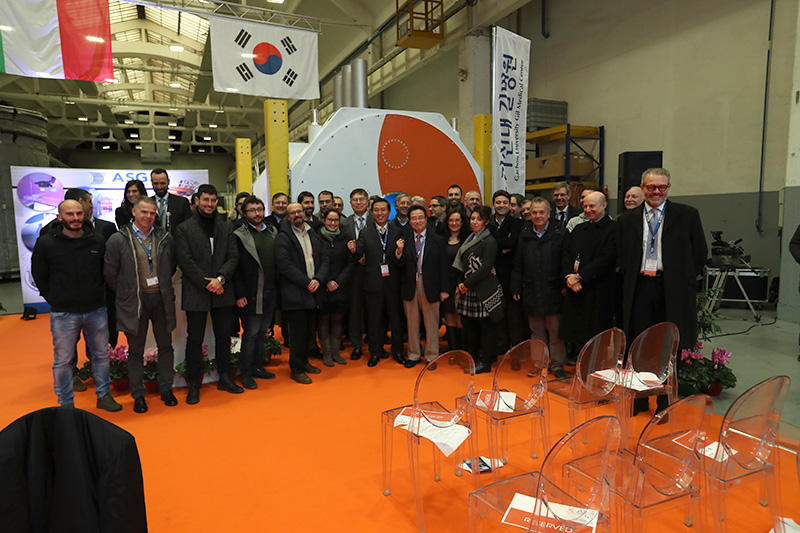 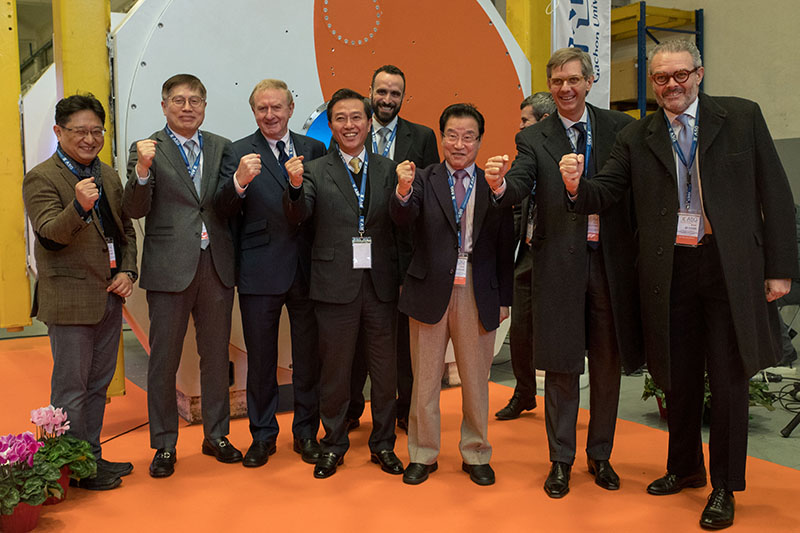 ASG Superconductors has recently completed the manufacturing of an UHF - Ultra High Field 11.74T magnet system to become the tip of the spear of the research activities at the Gachon University Gil Medical Centre in Incheon sponsored by Ministry of Health & Welfare of Korea. ASG Superconductors has designed and manufactured this magnet, continuing the legacy of success marked by the magnets that were used for the discovery of Higgs boson at CERN, of the biggest magnet for thermonuclear fusion ever realized within the ITER project, and now contributing to push research in brain science in collaboration with the Gachon University Gil Medical Centre (GUGMC), one of the world’s top luminary sites. Established in 1958, the GUGMC is a medical foundation established through the generosity of Dr Lee Gil Ya. Over the years it has become one of Asia’s most important medical centres and a leading development centre for magnetic resonance and radiology technology. This 11.74T project is supported by a grant of the Korea Health Technology R&D Project through the Korea Health Industry Development Institute (KHIDI), funded by the Ministry for Health and Welfare, Korea. When integrated in the MRI systems that the researchers at GUGMC are preparing, this magnet with contribute to shed light on illnesses like Parkinson’s disease, Alzheimer, stroke and aneurism or understand better the effect of drugs on the brain cells and function. The magnet, with its weight of 70 tonnes 3.5 metres length, has been manufactured using more than 400 km of superconducting wires has been presented today to a delegation of scientists and Board Members of the Gachon Hospital in ASG‘s premises. The magnet, named “Allegro” to honour Italian culture, bears the logo “Genova nel Cuore” (Genova in the Heart) to honour the victim of the bridge tragically collapsed last August.