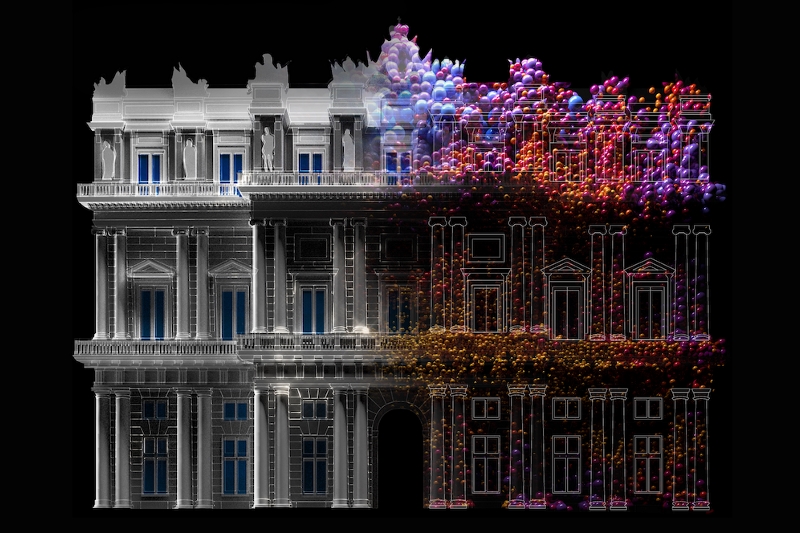 Dedicated to the tenth anniversary of the discovery of the Higgs boson is the video mapping 'Shapes and colours of a discovery': every evening from 6.30 p.m. to 11 p.m. the façade of the Palace will be transformed into a gigantic particle accelerator, where beams of accelerated protons collide in very high-energy collisions from which fountains of new particles spring. Among these lurks the Higgs boson, the particle through which elementary particles acquired mass a moment after the origin of the universe. The artistic videomapping is the work of Luca Agnani and is realised by the INFN with the support of ASG Superconductors.