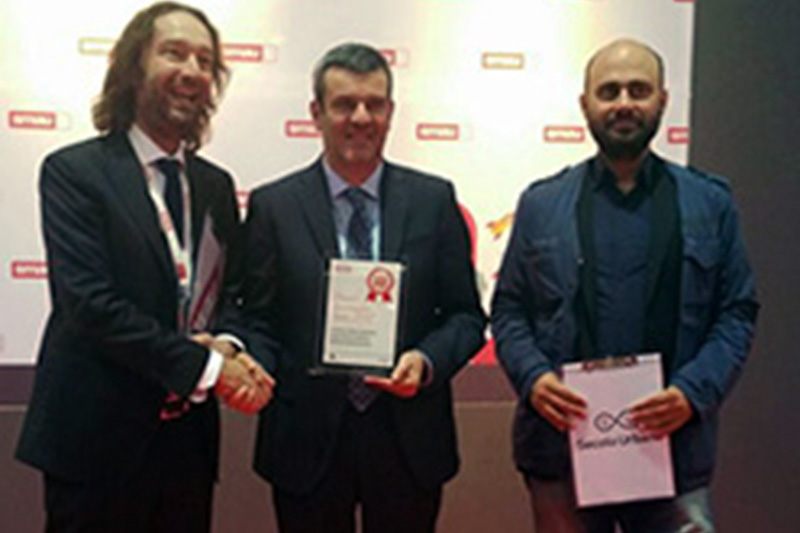 ASG Superconductors awarded at Smau 2017 in the Smart Community context - resources and services for new cities. The Malacalza family company, leader in superconducting magnets field, has designed and demonstrated the full functionality of an innovative superconducting fault current limiter device (SFCL). The 36kV system, originally developed for the UK transport and distribution network, was "type tested", ie qualified for use in real-world electrical networks in all aspects of the functionality at the independent IPH laboratories Berlin, one of the few centers in Europe where it is possible to artificially recreate the short circuit conditions in an electrical network. Superconductive fault current limiters (SFCLs) are innovative devices that have the primary function of reducing the surge current intensity generated in a branch of the power supply when a short circuit occurs. The system designed by Asg, the same company that has produced magnets for CERN, Geneva and for ITER Fusion Power Plant, meets the needs of modern networks that face the peaks of renewable energy sources, reduces costs recovery and service interruption and is based on Columbus Superconductors' MgB2 technology.