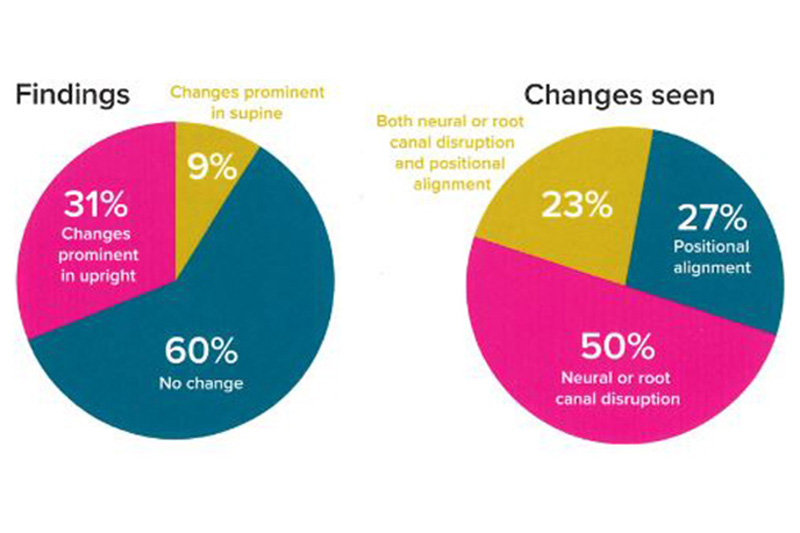 A recent publication by AECC (Anglo European College of Chiropractic) in Bournemouth, based on their experience with the Paramed MROpen Upright MRI scanner, describes the benefits of MRI scans in upright position, as well as the advantages for claustrophobic and anxious patients.
“The MROpen scanner is completely different to any other type of MR scanner I have ever worked on” explains Mel Jones, MRI Superintendent Radiographer “It has given us the opportunity to scan those who would have previously been unable to have MR imaging, and this can only be a positive in helping in the onward care of patients. MROpen has also opened up new avenues of research in upright scanning”

Patient with claustrophobia, or unable to lie supine
An open upright MRI scanner can accommodate patients with severe claustrophobia, certain deformities and conditions that would prevent them from lying supine.

Up to 10% of the population are claustrophobic at some point during their lives Patient rejection (MRI exam being refused or abandoned) rate is on average 2.3% but can be as high as 15% for some centers -based on NHS figures (2014) for MRI activity this would equate 32,892 patients failing to complete or even start their MRI scan With an increase in MRI referrals of about 12% per year, this problem becomes more and more relevant

Upright and Multi-position imaging of the spine and joints
Many patients have pain only when sitting or standing, or indeed in flexion or extension.
By retrospectively assessing positional scanning over a seven-month period, AECC’s MRI staff were able to identify some interesting findings:

AECC’s clinical staff conclusions:
Upright scanning is an invaluable and innovative modality for key groups of patients who may otherwise not benefit from MRI diagnosis Upright MRI can provide key clinical information and even detection of pathologies not seen in traditional supine studies As research continues into the benefits of postural scanning, there will undoubtedly be new applications identified for which Upright MRI is uniquely suited.